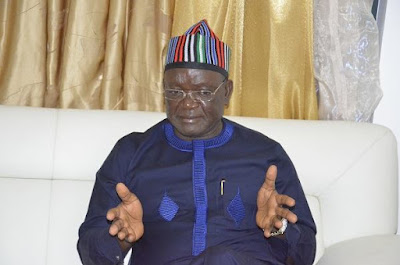 A Local Government retiree in Benue, Mr. Agada Ocheme, on Sunday, slumped after a fruitless search for money to purchase drugs to treat his ailment.

The News Agency of Nigeria (NAN) reports that aged Ocheme, who could not secure money to purchase his regular hypertension drugs, slumped at his Makurdi residence and had to be rushed to a hospital.
Speaking to NAN on the incidence, one of his children who preferred anonymity, said his father had been hypertensive since leaving service in 2014, and had been on drugs for effective management of the ailment.

He said that his father served 35 years in the services of the local government system before retirement in August 2014.

The son regretted that since retirement “no kobo has been paid to my father, either as pension or gratuity.”

He attributed the slumping of his father to “fatigue arising from long hours of trekking to solicit for financial assistance to procure the drugs.”

“My father had just returned from his outing when the unfortunate event occurred and we immediately rushed him to a private hospital in Makurdi, where he is being treated,” he said.

He said his father had exhausted his credit limit at the hospital where he had been receiving treatment for the ailment.

According to him, the doctors have refused further treatment until his outstanding debts are cleared.

He said the father developed t he ailment shortly after he retired from active service and his entitlement were not paid.

” My father became hypertensive shortly after he retired from active service and his situation worsened when it dawned on him that he it would take a long time before he is paid his entitlements.

“His situation deteriorated in the past few weeks owing to paucity of funds to purchase recommended drugs to abate the ailment,” he said.

The son, who is still a student, lamented his inability to give a helping hand as he still depended on relatives for his needs.

He therefore appealed to the state government to immediately commence payment of arrears of pensions and gratuities to save the lives of retirees.

NAN recalls that sometime ago, Gov Samuel Orom said he had given approval for the release of N400 million for the settlement of pensions and gratuity of local government and state pensioners.

He had told the national leadership of Benue State University Alumni Association at Benue People’s House recently, that N200 million would be paid to pensioners and another N200 million as gratuity to local government retirees.

He had assured that the money would be sourced from the budget support fund of N4.3billion from the Federal Government.
For Advert: Call 08171607004, 09058228464 Follow us on Twitter @idomavoice, @idomanews Send us releases at idomavoice@gmail.com

Ortom may end up in jail – Tsav