The ranks of the “Obi-dient soldiers” in Benue South increased on Sunday as more familiar faces on the political scene moved to the emerging 3rd force, The Labour Party to team up with Rt. Hon. Joseph Ojobo, the senatorial candidate of the Party for the 2023 election.

At a stakeholders meeting of the Party at Engratia Hotels Otukpo witnessed by emocheonline.com , prominent sons of the soil amongst whom is the member representing Otukpo/Akpa Constituency in the Benue State House of Assembly, Hon. Johnson Baba Odeh, former House of Assembly Aspirant for Ogbadibo Constituency, Hon. Matthew Ochigbo – Oluje, Hon. Edward Ejembi – Sabilla, Abba Emmanuel – Jadon and many others came to publicly renounce the membership of their former Parties and movement to the Labour Party. Some of them said they have already been granted waivers by the National leadership of the party and also participated in the primaries of the Party before the INEC deadline.
Melvin Ejeh, Hon. Nelson Alapa and Ralph Odoh also sent representatives to confirm their decision to join the Party.

State Chairman of the Party, Engr. Ibrahim Idoko Otene in his welcome address said the Party is very much on ground in Benue South. Engr. Otene said the Party won election into the Apa/Agatu Federal Constituency in the 2019 general election and encouraged the new members to be strong as they will do better in 2023.

Rt. Hon. Joseph Ojobo, the senatorial candidate of the Party said he was a member of the PDP for over 20 years and was sworn-in as Vice Chairman in Ogbadibo Local Government on 3 different occasions. He said he was later elected into the House of Assembly where he served meritoriously without blemish for 2 terms.
Hon. Ojobo said he won the 2018 senatorial primary election of the PDP but was manipulated out and has come to accept it as the will of God. He said Labour Party is owned by the suffering Nigerian masses which includes the Nigerian Labour Congress – NLC and the Trade Union Congress – TUC. He said he’s glad by the new youth surge in the Party as it’s a step to take their destiny in their own hands.
He enjoined those present to take the message home and make sure the party triumph in the general election right from the House of Assembly to the presidency.

Hon. Baba Odeh said he has won election on 3 different political platforms in Otukpo and said he’s bringing with himself a great wealth of experience and a large support base of ordinary citizens. He said powerful members of the PDP who he defeated in 2019 took advantage of the Electoral Act impasse to use the adhoc delegates against him. He said for those people, “it was pay back time”. Hon. Odeh promised to”join forces with the true progressives to move the nation forward”.

Hon. Matthew Ochigbo, popularly known as Oluje is the candidate of the Party for Ogbadibo State Constituency and came with his entourage. He said he is in the race to bring a new lease of life to the long suffering people of Ogbadibo.

The stakeholders had a robust deliberations on the prospects and challenges of the Party and chatted on the way forward.

In closing, the Zonal Chairman of the Party, Mr Ominyi Pius said the governorship candidate of the party, Rt. Hon. Herman Hembe will be hosted to a grand reception in Makurdi on Friday July 1, 2022 and asked all local government Party Chairmen to mobilize their members to come out in large numbers to receive him. 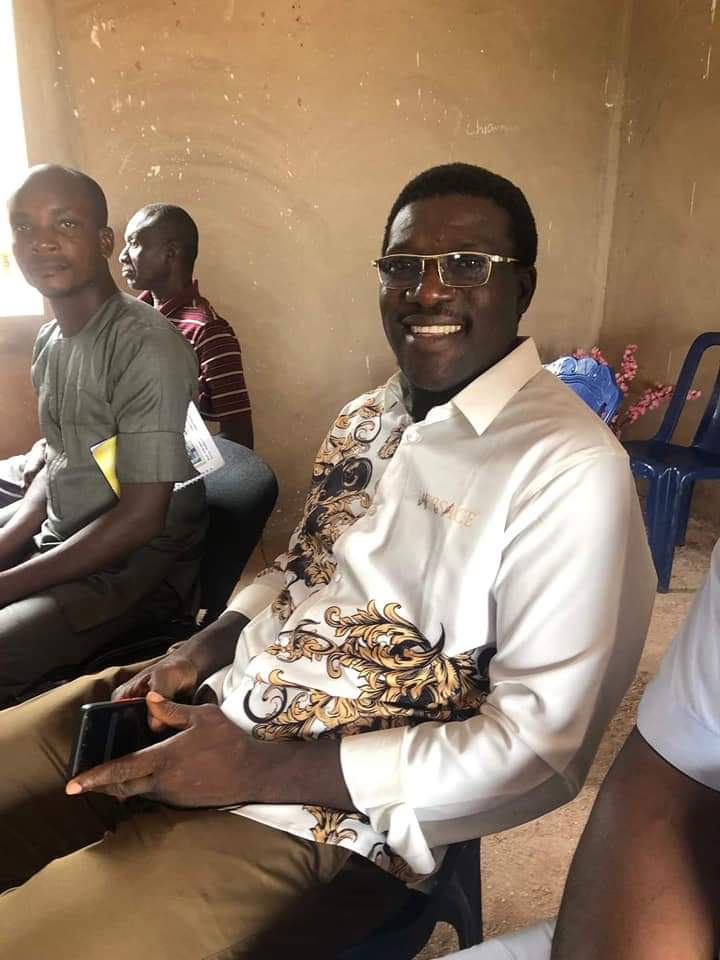 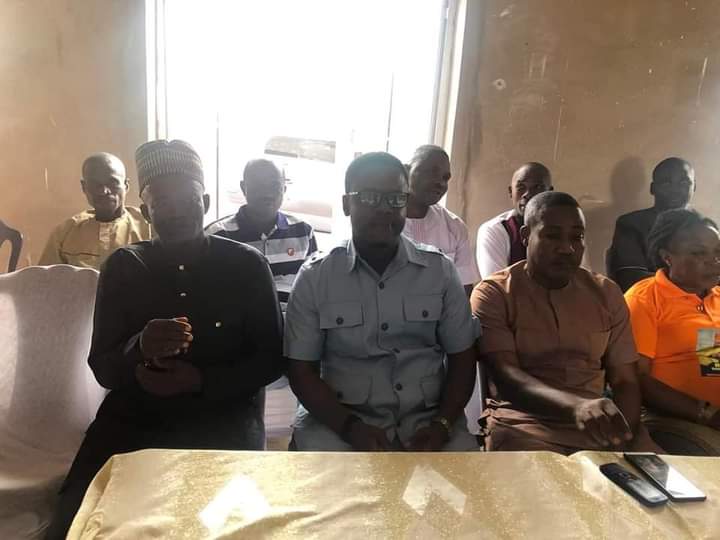 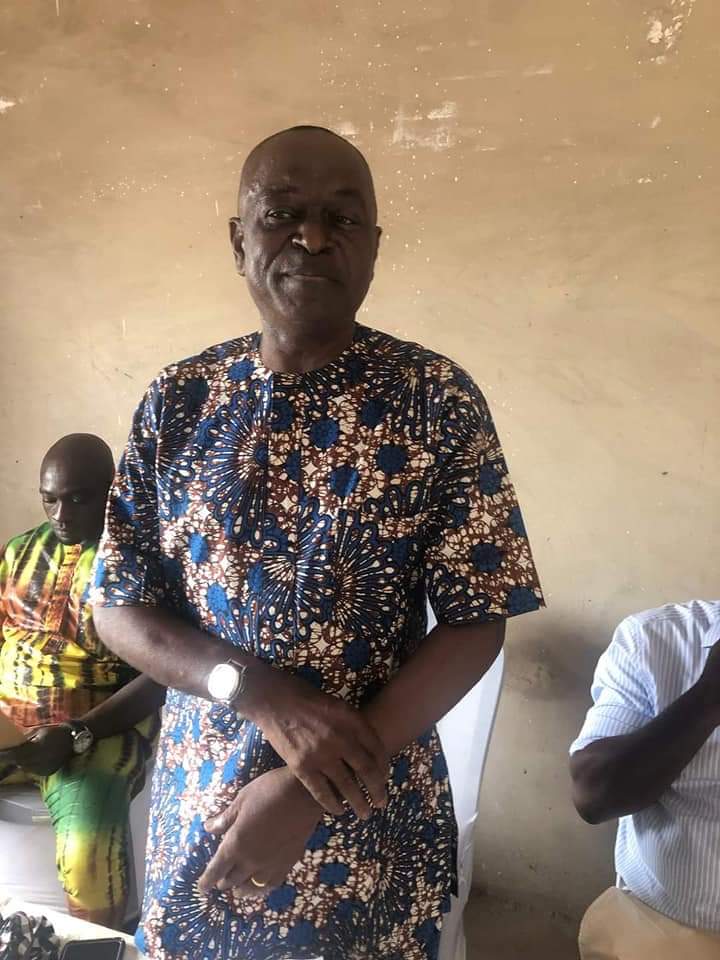 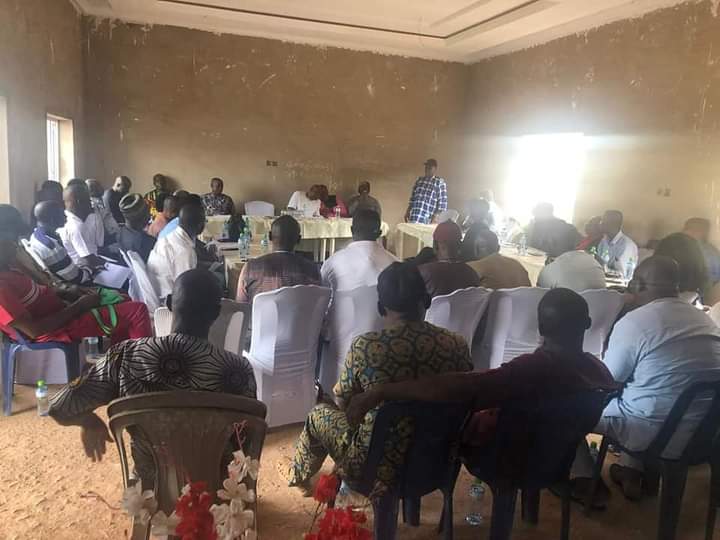