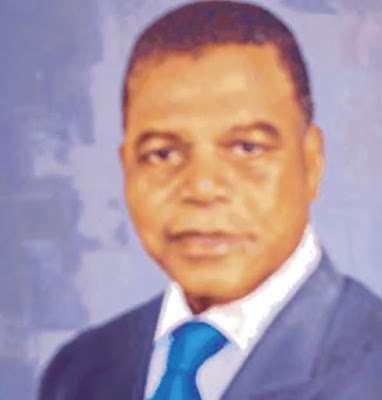 Immediate past President of the Senate , Senator David Mark has described the demise of a  pioneer indigenous business mogul Olorogun Micheal Ibru as a huge loss to the nation.

Senator Mark lamented that late Ibru departed to the great beyond at a time  when his managerial  and administrative skill was needed to navigate through the current economic and Socio- political challenges facing the nation.
These were contained in a condolence message to the government and people of Delta State over the demise of the forefront business tycoon.

According Senator Mark: ” I mourn the death of Ibru with a deep sense of loss.  I know the place of Ibru in Socio- political and economic evolution of Nigeria.  He was a foremost industrialist who opened the floodgate of commerce and international trade in Nigeria.

” Ibru distinguished himself as a man of integrity, honesty and very resourceful entrepreneur . He was a pioneer industrialist who extended his good will and philanthropy for the benefit of the society.

“Unarguably, Ibru left his positive footprint on the sand of time . We shall miss this great man. We shall miss his astuteness, entrepreneurship and resourcefulness .  He was a great Nigerian who added great value to the society”.

Senator  Mark therefore asked the government of Delta state to immortalize Ibru for his immeasurable contributions to the development of the society .

He  prayed that the good Lord grant him eternal rest just as he told the immediate family to take solace in the fact that  the late Ibru  matriarch lived an exemplary life worthy of emulation.