The family of Udeh of Efugo Otukpa in Ogbadibo LGA of Benue State has cried to the Inspector General of Police, Mohammed Abubakar Adamu, the Anambra State Commissioner of Police, CP John B. Abang and other relevant security agencies over their missing son, Assistant Superintendent of Police Akor Udeh.

Akor, who was serving at Mopol 29 Anambra State, has been missing since April 23 after he went with other colleagues to curb a communal clash in Odekpe community in Anambra State

IDOMA VOICE gathered that Udeh and other cops were drafted to Odekpe community after four persons were feared killed in a bloody clash that ensued between Odekpe Town and Alla community in Anambra West Local Government Area of Anambra State over lingering boundary dispute between both communities.

It was gathered that on their way to the community, the officers were ambushed and kidnapped by irate youths from the community.

Some of them were later released but Udeh was held back by his captors.

Reacting to the development, a family member, Mr. Simon Akor, said sources at the community informed them that ASP Udeh was killed and his body buried in a shallow grave in the community.

He expressed disappointment over the manner the police authority is handling the case.

“They are just playing hide and seek with the whole situation. The CP is not forthcoming with words. We call on the IG of Police to wade into this situation.

“If Udeh is truly dead as our sources informed us, let them open up to us if there is any way we can get his corpse and if he’s still alive, let them work for his freedom.

“This is a man that has wife and children. How do we explain to the children, that their family went to work and never returned?

“We are tired of police loud silence and inaction. We need them to speak up and tell us what has happened to our brother so we know the next step to take.”

Meanwhile, several efforts by this newspaper to reach the state command PRO, Haruna Mohammed, were futile as his phone was switched. 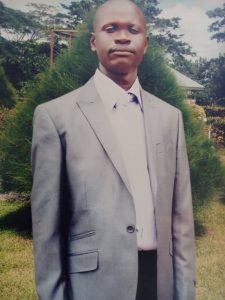