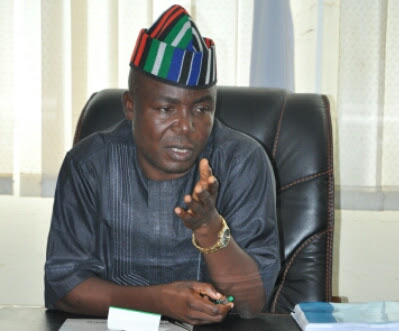 Members of the Benue State House of Assembly have unanimously resolved to remove the Deputy Speaker, Hon James Okefe and have already started looking for a replacement.

This follows the spate of monumental fraud that rocked the Assembly, in which the leadership and members of the House were detained by the Economic and Financial Crimes Commission, EFCC and asked refunded monies accrued from a shambolic car contract executed by a company allegedly fronted by the Deputy Speaker.
According to lawmakers, the corruption scandal brought the name of the house into disrepute and has disrupted legislative activities as members have become regular guests of the anti- graft agency in Abuja.
One of the names being penned as Hon Okefe’s possible replacement is member representing Adoka/Ugboju state constituency, Hon Adams Okloho.

It is however understood that the impeachment plans have been kept in abeyance due to the absence of the majority leader, Hon Benjamin Adanyi and the Deputy Speaker designate, Hon Okloho, both of whom are attending an annual lawyers conference in Port Harcourt, Rivers State.

According the a source, the PDP caucus in the house has given its tacit support for the impeachment of the embattled Deputy Speaker over what it termed the traitorous and treacherous antecedents, and endorsed Hon Okloho as his replacement.

I will get Ghana soon, there’s nothing special about him – Ortom boasts

Benue: I will succeed Okefe when he asks me to do so – Okloho Adam

Benue: I will succeed Okefe when he asks me to do so - Okloho Adam