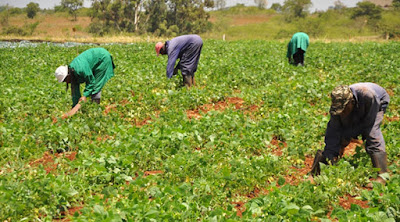 By Adikwu, Samuel Ebo
Agricultural Sector remains the bedrock of development of the nation inspite of the superiority of the Oil Sector in its contribution to the economy, the roles of agriculture to economic rejuvenation cannot be neglected.
Agricultural production which refers to the process of producing crops and/or rearing of animals has been playing a tremendous role in socio – economic development of the nation.

#BeTheChangeNig: Super Eagles Star, Ogenyi Onazi to give out 100k on Twitter (SEE HOW TO WIN)