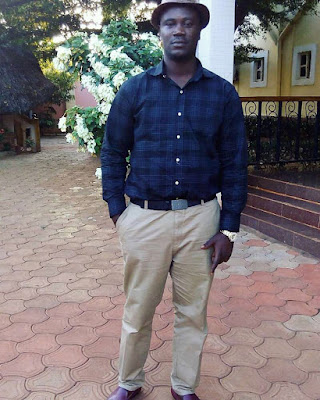 By Acha John Ogbole
Today, I woke up with a question for my people in the Middle Belt Region of Nigeria. My brothers, my sisters, my fellow comrades, farmers, clergy men, technocrats, economist, scientist, sociologist, political brouhahas, et al, this is a question that has bothered my heart so much that it has caused me sleepless nights.
A question where noble men like the late J.S TARKA, SOLOMON LAR, DAVID OBEDIAH LOT, just to mention a few, all from our great region (MIDDLE BELT REGION OF NIGERIA) saw and asked the same question, yet were not given a positive answer from our oppressors.
This same question I ask you today, be you from Benue, Kogi, Pleatue, Kwara, Abuja, Niger, Nassarawa, Taraba, Southern Kebbi, and southern Kaduna…….,
ARE YOU A NORTHERNER OR A CITIZEN OF THE HAUSA-FULANI SO CALLED NORTH NIGERIA?
We as a region and a people have no common ties with the Hausa-Fulani’s of the predominately Muslim Northern Nigeria as we share no cultural, geographical or historical similarities with the Northern Nigerian Region.
When the amalgamation of 1914 was consummated, how many emirates did we have in the old Northern Protectorate? NONE. Again I ask……
Why have we chosen to play a second fiddle to the ‘North’ or to be regarded as an appendage of that North or referred to as people of the ‘North Central Nigeria instead of the MIDDLE BELT REGION OF NIGERIA OR CENTRAL NIGERIA’?
Why is it that our region is seen as the most under developed region in Nigeria?
Why are there no good roads in the middle belt area of Nigeria?
Why are there no industries apart from Dangote cement of repute in the region?
Why are the peoples brands of agriculture not recognized and revolutionized? (Benue state alone losses more than 8thousand metric tons of oranges annually).
Why is there a runaway of unemployment in the middle belt zone?
Why are the political wishes and destinies of the people of middle belt Nigeria (who arguably make at least a quarter of the Nigerian population) still tied to the apron strings of the Hausa-Fulani oligarchs?
Why is it that any important federal investment meant for the so called united north always end up in the belly of the hausa-fulani geographical area?
Why is it that the middle belt regions of Nigeria have nothing to show for the political support it had shown to the core north?
Why is it that people from the middle belt area don’t have a voice of their own and a visible coherent political pressure group like the Ohaneze idi Igboand and massob of the East, Afenifere and OPC of the west, Arewa consultative forum of the core north? And the south south Elders forum of the south in spite of our regions strategic importance?
When will the middle belt region of Nigeria wake up from its political, social and economical slumber?
Can’t we see that we are been gradually Eclipsed by the annalistic northern forces that are gradually annihilating our political, social and economic odyssey?
People of the middle Belt arise; you have nothing to lose other than your chains…  spread the word of libration, freedom, let the younger generations and indeed the whole world know we are not northerners, we are not aboki’s …..
WE ARE MIDDLE BELTANS!!!!!!!!!!!!!!!!
COMRADE ACHA  JOHN O. ACHA
(FOUNDER AND NATIONAL CORDINATOR
MOVEMENT FOR THE EMANCIPATION OF THE MIDDLE BELTREGION ‘MEMBR’…)
For Advert: Call 08171607004, 09058228464 Follow us on Twitter @idomavoice, @idomanews Send us releases at idomavoice@gmail.com