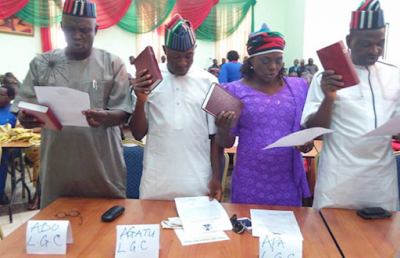 Benue State Governor, Samuel Ortom will appoint sole administrators in the 23 local government councils of the state next month.
This decision was taken at the State Executive Council meeting earlier today.

Consequently, the Council approved the amendment of the local government law to enable this to take effect after the expiration of the 3 months tenure currently being served by the Directors for General Services and Administration, DGSAs.

The proposed amendment will however need the approval of the state House of Assembly.
Local government elections in the state were scheduled for 3rd September 2016, however it was postponed indefinitely due to lack of funds.