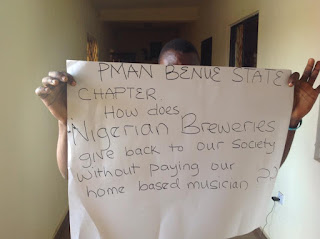 The Senior Special Assistant to the Benue State Governor on Entertainment Mr Nyikwagh Bat Hills yesterday moved in to avert a major face- off between Benue Musicians and the Nigerian Breweries Plc for ill treatment and non-payment of artists and union fees at the ongoing Star Trek holding in Makurdi.

The Musicians under the auspices of Nigerian performing Musicians Association of Nigeria (PMAN), Benue Chapter, numbering over 50 stormed the offices of the SSA on Entertainment, carrying placards with various inscriptions demanding the intervention of the State Government to compel Nigerian Breweries to comply with payment of PMAN Union fees as enshrined in their constitution for Star Trek Music jamboree organized by Nigerian Breweries for the promotion of their beer products.

The artists also lamented non-payment of their performing fees as over 25 of them have so far performed at the event without fees. 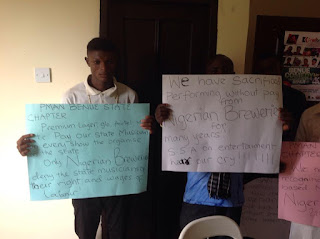 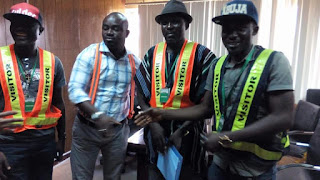 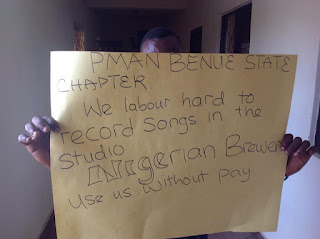 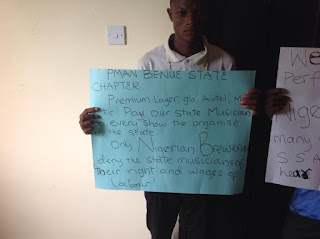 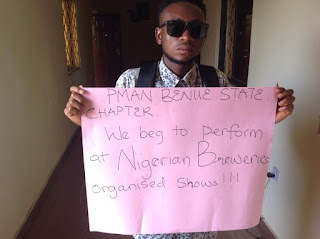 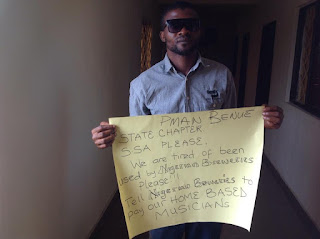 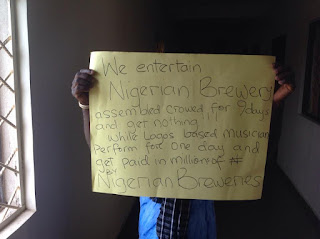 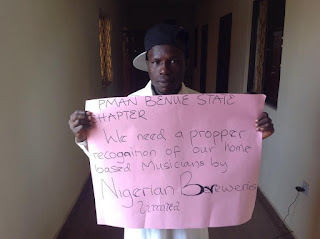 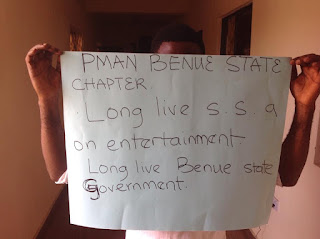 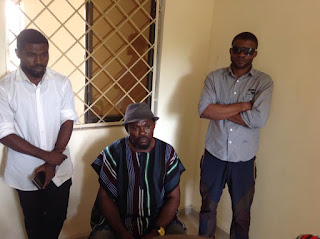 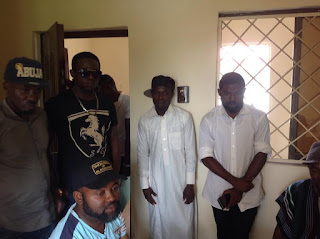 The Musicians who are unhappy with NB Plc wondered why they chose to cut corners and maltreat artists, unlike other multinationals who have always complied with relevant payments.
Responding, the SSA on Entertainment Mr Bat Hills who assured them of Government intervention to give them justice, immediately led by a team of PMAN officials and other notable Benue artists proceeded to the Regional office of NB Plc Makurdi, where he held series of meetings with the management of the Company with a view to resolving the crisis.
Responding, the Regional Marketing and Trade Manager, North Central, Mr Debo Assured the SSA that they will take up the Matter with their headquarters in Lagos and resolve all issues within 24 hours. The Regional Public Relations Manager, Mr Jackson who said they were unaware of some of the un-paid fees appealed for calm to await the outcome of their efforts before Saturday’s grand-finale.
The SSA was accompanied by the Chairman of Benue Entertainers Forum,Mr Donald GBum, President of Benue Guilds Alliance, Mr Goodman Foga, Head of Music Committee of Benue Entertainers Forum, Mr Charles Omafu, Chairman PMAN Task Force, Evangelist Fidel Shamel, Soklems and other notable Benue Musicians.