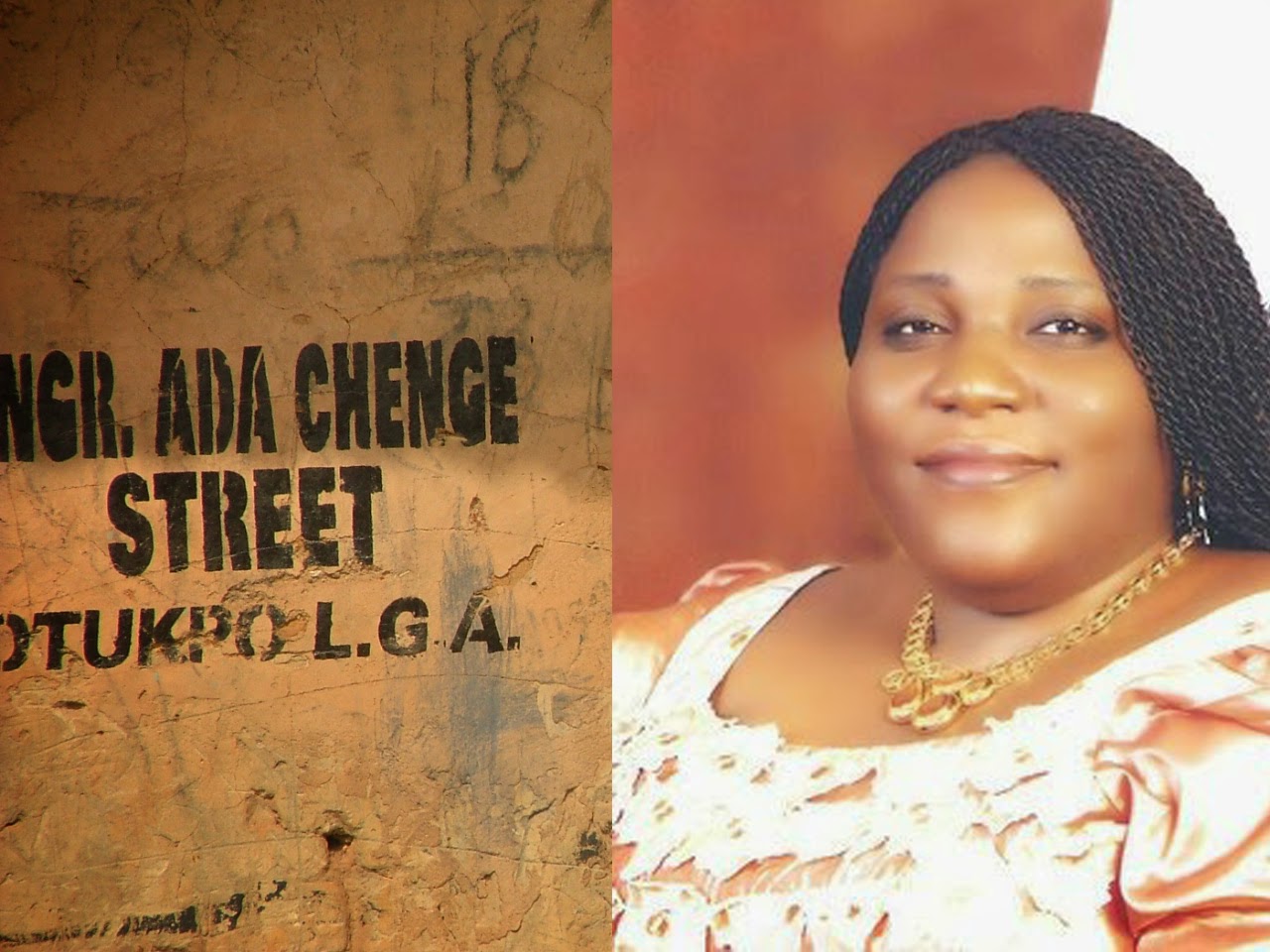 Residents of Owukpa Street in Otukpo area of Benue State have been raining thunder and brimstone one of their daughters, Ada Roseline Chenge for ‘illegally’ renaming the street after herself.
The angry residents accused the former governorship aspirant on the platform of the Peoples Democratic Party, PDP, of trying to change the ‘old order’.
Idoma Voice gathered that the politician decided to rename the street after herself few months after constructing drainage in the area.
When Idoma Voice visited the street on Monday, some angry youths were seen trying to erase the inscriptions from some renamed houses.
This reporter observed that some houses were renamed as ‘Engr. Ada Chenge Street, Otukpo.
When this reporter tried to take a photograph of one of the houses bearing the new name, some boys in the area descended on him and threatened to beat him up.
“So na una come dey rename our street abi? This Owukpa Street has been existing even before they gave birth to Ada. So because she constructed drainage she wants the street renamed after her? It is not possible. Nobody can just wake up from anywhere and renamed our own street. Let her come and carry the drainage she constructed, we don’t want again,” one of the visibly enraged youths said.
The journalist was freed after he identified himself.
Also speaking with Idoma Voice in Otukpo, another resident of the area who gave his name as Ejeh said Ada is not aware of the development.
“Ada that I know can’t do that. I believe this was done by some overzealous boys working for her. She would be mad if she gets to find out,” he said.
Owukpa Street is denominated by mostly people from Ogbadibo where Ada hailed from.
Efforts to reach the Director General of Benue State Signage and Advertising Agency could not produce any positive result.
We also tried in vain to reach her but our efforts met brick walls.

2014 Yuletide: We need each other to make Nigeria a better place –David Mark