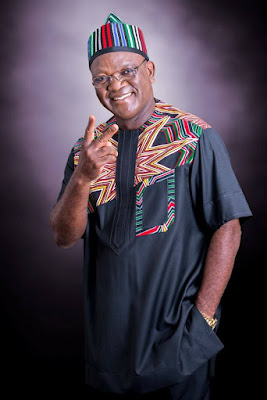 The PDP stakeholders meeting has ended in Makurdi with the accusation that the Samuel Ortom’s administration is running a corruption government just like it held that Ortom is there as governor on temporary capacity.

The state PDP chairman, Agbo Emmanuel who spoke at the occasion said the party is very much alive in Benue as what he termed “stolen mandate” will soon be retrieved through due process.
Dr Agbo disclosed that PDP’s proposed national conference schedule for the end of the month will draw experts on election management, loss and is expected to find a way for victory in 2019 as APC is on it way out of government.

In his remarks, former governor Gabriel Suswam decried the falsehood of the APC government in the state which said he was detained in UK when he was absent at the handover day.
According to Dr. Suswam, he was operated upon due to ill health, pointing out that the APC embarked upon propaganda against his person to dampen the spirit of PDP members in the state.
He observed that it is the first time PDP members are coming to terms with opposition even as he accused APC of witch-hunting PDP youths in the state in as a deliberate policy to dampen the party and call for calm.
Ex-Interior Minister, Abba Moro decried a situation where an ‘In God we trust’ governor will hold a bible in one hand and a snake in the other and is deceiving Benue people on daily basis.
The meeting later ratified the appointment of Dr. Tsetim Ayar Gwer as state PDP Deputy chairman to replace former Joe Nyam; while Mr. Moses Gber replaced Abraham Nyikwagh as State Auditor Justin Shaku replaced Moses Anaana J as State Youth leader.