Supporters and loyalists of the presidential candidate of the All Progressive Congress (APC), Asiwaju Bola Ahmed Tinubu in Oyo State on Tuesday morning bombarded the party’s secretariat in Oke-Ado, Ibadan ahead of a rally and street walk to garner support for the former Lagos Governor.

The support groups, in their thousands, arrived at the secretariat as early as 7 am, waiting for the commencement of the rally across Ibadan which was slated to hold in the afternoon.

The supporter carried placards with various inscriptions such as: “Awa lokan”; ”Jagaban lokan”; “Tessy lokan”, “Road to Aso Rock”; “Vote Tinubu” and “Asiwaju is our man” among others.

Oyo APC Publicity Secretary Olawale Sadare informed about the plan to stage what he described as a mega rally and road walk across the state capital to flag off the electioneering campaigns for Tinubu. 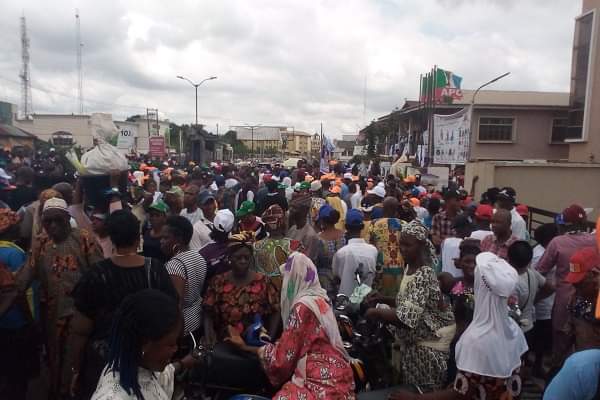 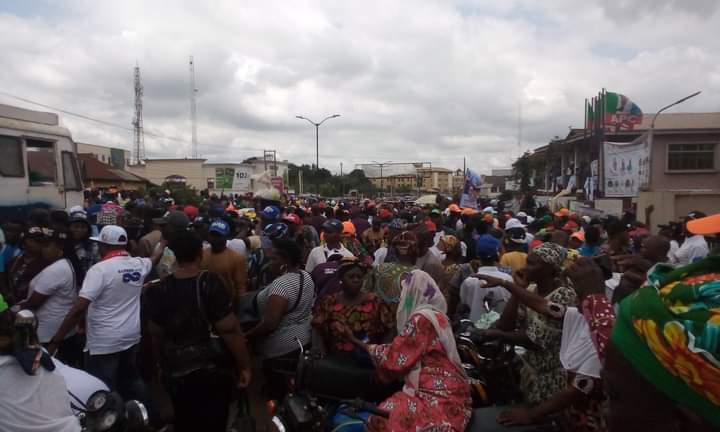 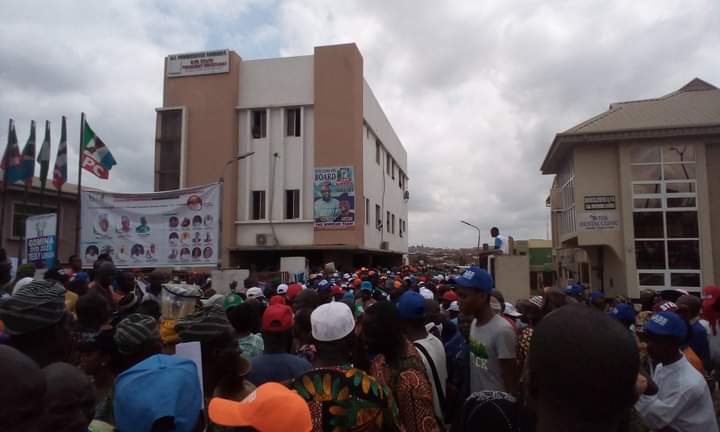