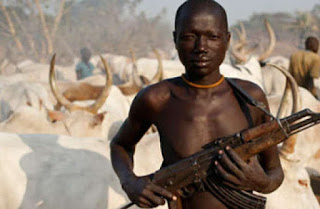 Gunmen at the early hours of Monday kidnapped a Benue lawyer, Terfa Jirgba, and his two relatives.

It was gathered that gunmen numbering 22 stormed the residence of the popular Benue lawyer, located at 3, Badagry Street, off Katsina-ala , Makurdi, in six Toyota Hilux vehicles and whisked the lawyer away, together with two of his relatives.

“The armed men whisked him and two of his relations away to an unknown destination. Since then, efforts made by the Bar and other members of his family to establish contact with our colleague proved abortive,” he added.

He further called on the security agencies to put on hands on deck for the freedom of the victims.
For Advert: Call 08171607004, 09058228464 Follow us on Twitter @idomavoice, @idomanews Send us releases at idomavoice@gmail.com