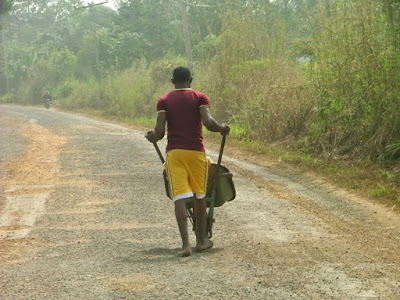 The people of Owukpa in Ogbadibo Local Government Area have decried the scam that seeks to rob Ekere, Udaburu, Aho and Ugbugbu communities of dividends of democracy.
Owukpa community is believed to house a large amount of coal with millions of metric tones left untapped, yet the community has not only suffered unimaginable infrastructural deficit, but had been swindled on several occasions by politicians assigned to handle few projects they were to benefit from.
Just like road and electricity have continually being denied the community, the people have continued to drink from a local stream called Awube, as there are no single boreholes to quench their thirst.
A recent case is the activity of an unknown contractor who inscribed 7 kilometres of road project, whereas the project document stipulates that the road in question is a 10.9km that should terminate in Aho-Ogbo market via Ugbugbu-Anumachogwu.

However, checks by this newspaper show that the contractor has already completed his ‘job’ in front of the Palace of the District Head of Onyirada, at Olidero Ugbugbu.

But within such a short time,  the poorly constructed road has already been washed away, and the people are now asking whether the road was meant to alleviate their sufferings or to aggravate same. This is because the poor state of the road has not only resulted in series of road accidents in the community, but has also resulted to the breakdown of vehicles and motorcycles.
A local told this newspaper that one of the notable spots for such accident was at Adepe, close to Olediro where the contractor just poured stones on the road. He said, ”I have witnessed up to ten accidents at that spot because the contractor did rubbish. Can you imagine that the road that consumed so much money has now been washed away? This is not what I see in other places.

Investigations has further  revealed that contractor employed manual laborers and had no equipment on site. The only equipment employed in the course of the construction work was watering cans which they used to pour the bitumen on the road.

A source said, ”No vehicles or heavy equipment were used during the construction of this road. The contractor neglected a very vital aspect of road construction; the culvert. There is no culvert in place and there are no plans to construct drainage and culverts as the contractor has ‘completed’ his project and moved from the site.”

Also, findings by this reporter show that only about 3km was poorly tarred with few culverts out of the 10.9km. Culvert was constructed over the stream at Onyirada, instead of a bridge. The road is very narrow and below standard. It was observed that the road was not even compacted before tarring.

The question on the lips of most residents of the community is why the project should be abandoned even with over N120M already expended as claimed by the contractor.
A community leader, simply identified as Ojile, said, ” we are waiting for the probe of the contractor. Some of us know what happened. They need to come out and explain to us how the money was spent on a project that terminated just in front of Chief Oduh’s house.’ 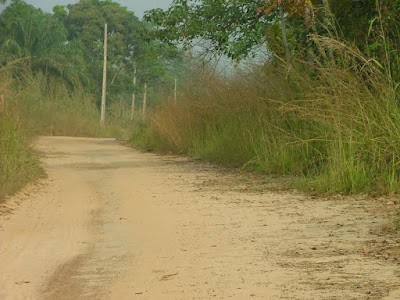 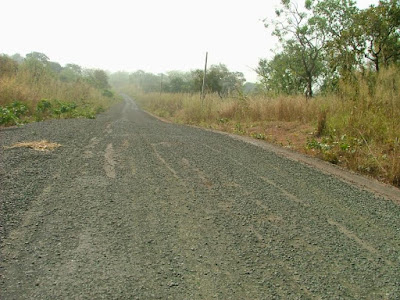 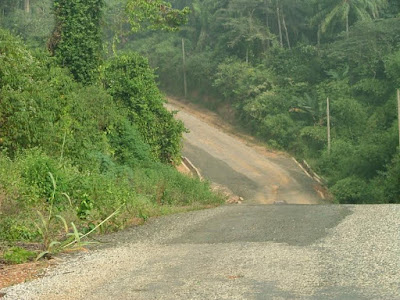 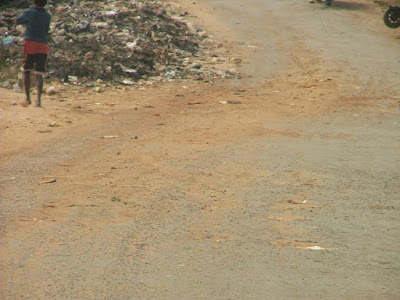