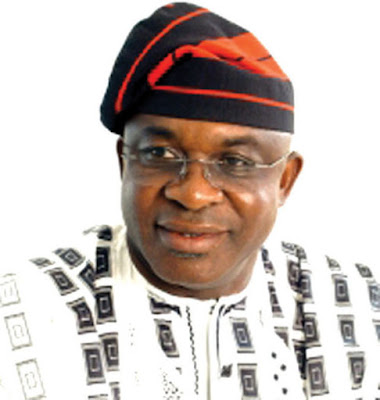 Immediate past President of the Senate, Senator David Mark has lamented over the demise of two prominent sons of Benue State; Bishop  Emeritus of Catholic Diocese of Makurdi, Benue state Athanasius Usuh and former Chief  Judge of old Plateau state Justice  George Uloko  Rtd.
Senator Mark in a condolence message  to the government and people of Benue state described the two elder statesmen as fine  gentlemen , great patriots  and worthy sons who contributed to the development of the state and beyond.
Specifically , Senator Mark described late Bishop Emeritus Usuh as a pathfinder who midwifed the Catholic  Diocese of Makurdi, Benue   state from a single diocese to four comprising; Makurdi, Gboko, Katsina-Ala and Otukpo dioceses .
The former Senate President noted that it is to the credit of Bishop Usuh that many citizens of Benue state received salvation and  embraced Christianity  as a way of life.
He stressed that the late Bishop would be remembered for his frank  and honest disposition to issues no matter  whose ox was gored  pointing out that he was ever ready to help  the needy .
He added that late Bishop distinguished himself as a relentless  worker in the Lord’s vineyard who worked  to make the society a better place.
Senator Mark was optimistic that the state government and indeed the Catholic Church would do the needful to immortalize  the late Bishop for his immeasurable services to the nation and humanity.


On justice Uloko , Senator Mark noted that the late legal luminary left his foot print as one of the best and fertile minds in the temple of justice.
Justice Uloko, he added brought dignity and honour to the Judiciary especially as the then Chief Judge of a Old Plateau state saying that his landmark judgements unarguably enriched legal Jurisprudence.
Senator Mark recalled that late Justice Uloko revolutionized the Public Complaints Commission (PCC)  and made the commission more effective as then Chief Commissioner.
He lamented that the two illustrious sons of the state departed at a time their  wise counsel and services were most needed to navigate through the murky Socio political water  in the country .
Senator Mark however told the government and people of Benue state especially the bereaved families to take solace in the fact that both men lived exemplary and indeed accomplished lives worthy of emulation .

(OPINION) Politics, science and my generation